The Sun Backs Sports Legacy Campaign: What's In It For London?

By Craigie_B Last edited 121 months ago
Craigie_B The Sun Backs Sports Legacy Campaign: What's In It For London? 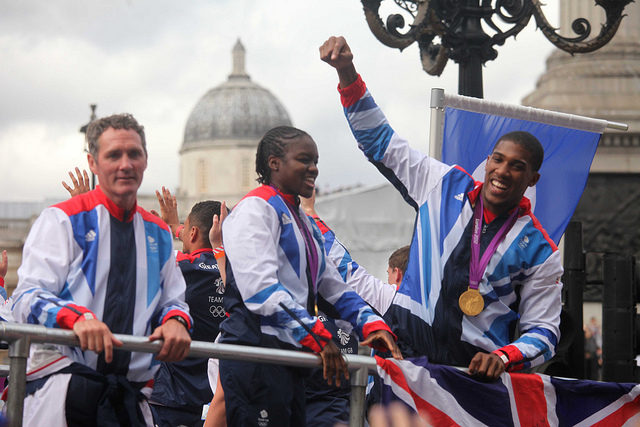 This week The Sun launched its Choose Sport campaign across Britain. The tabloid's research suggests that while the London 2012 Games were spectacular, there has not yet been a huge nationwide take-up in sport. As a result, the Sun has backed the work of an impressive legacy charity, Sported.

The Sun's support for Sported is pretty radical stuff for a right-of-centre tabloid - this is not about 2-4-1 zumba classes in the suburbs. Sported funds projects and clubs that use sport to transform the lives of disadvantaged young people. For years, Seb Coe has banged on about sport being the "hidden social worker", and now even The Sun thinks it's time for a concerted push. When better, for example, to get young men and women interested in boxing than after Nicola Adams and Barnet's own Anthony Joshua thrashed the best in the world to win Olympic gold?

The campaign is UK-wide, but it strikes us that the opportunity in London is unique. The Games were called 'London 2012' for a reason. The capital hosted most Olympic and Paralympic events and Londoners were the proudest Brits of all when the eyes of the world fell upon our city. So, what projects have Sported already helped here? Good examples include Croydon's Thai Boxing Centre providing 11-25 yr olds with a three hour martial arts introduction; a group of West London schools linking football coaching to life skills workshops; and Lewisham's S Factor Academy promoting athletics to youth at the Ladywell sports ground.

Sported now provides support to projects across all 33 London Boroughs. The grounded mantra seems to be: "You may not get to choose where you start in life, but you can sure have a say where you finish". While it is early days, we like how this looks. The Sun's backing is also welcome. More please.

If you want to have a go, see our series on where to play sport in the capital.