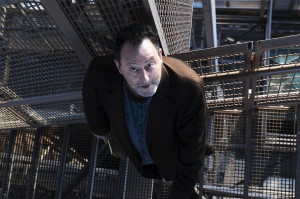 Like us, you love a good TV series, right? From Skins to Spiral to Peep Show and The Thick Of It; when you’re not out enjoying everything London has to offer, a night in with a decent dose of Doctor Who or Downton is just your cup of tea.

So you’ll want to get involved in the latest cinema festival celebrating all things TV serial. From Wednesday next week, Ciné Lumière at the Institut français will hold the second edition of Totally Serialized, England’s only TV series festival. Sit in plush cinema comfort as Totally Serialized brings you top TV shows  from around Europe on the big screen, presented by the actors, directors and screenwriters themselves. Look out for appearances by Hugh Bonneville (talking Downton Abbey) and Jean Reno (pictured) introducing the world premiere of his new series Jo.

In addition there are UK premieres of hot new Scandi TV series Real Humans and French shows Rebound, Spin and The Church Men; plus a comedy marathon featuring the best Brit and French sitcoms (The Thick of It, Peep Show, Kaboul Kitchen, Workingirls, Desperate Parents); and a Skins revival saying goodbye to the cult show, which finishes this year.

Totally Serialized is on from 16 to 20 January at the Ciné Lumière, 17 Queensberry Place, London, SW7 2DT. Ticket prices for individual events vary. Visit institut-francais.org.uk/totallyserialized to find out more.