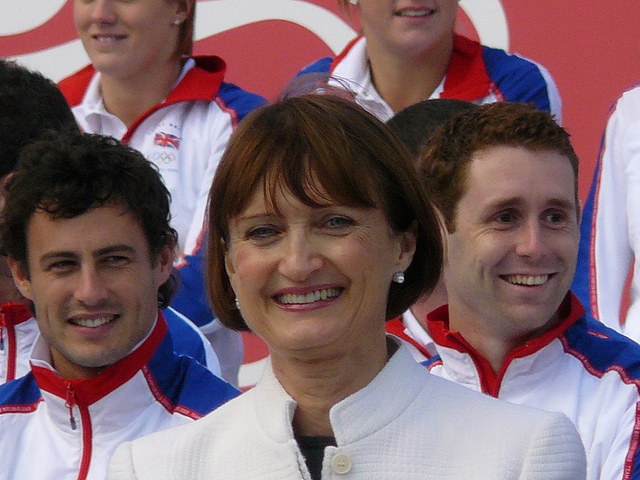 The MP for Dulwich & West Norwood and the woman credited with securing the Olympic and Paralympic Games for London was yesterday made a Dame Commander at a ceremony at Buckingham Palace. This Londonista was invited to a party with tea and home-made cupcakes in Parliament to celebrate the moment.

There seems to be a growing appreciation and even affection for Dame Tessa not felt for most of our elected representatives. Last night, the room was rammed with politicians from every party, journalists from left and right wings, locals from across her constituency and key figures behind London 2012.

After tributes from Seb Coe, Tony Blair and Ed Miliband, Tessa made two important points — firstly, if the whole country and city can come together and get behind something in the way they did for the Torch Relay and the Games last summer, then that means it can happen again. Secondly, that this showed the power of 'belief in possibility'. Not something fluffy, but something altogether harder-edged that takes lofty promises and forces a laser focus on gritty deliverables.

So it struck us — what do these mean for legacy? There are fast-developing plans for venues, events and a thriving neighbourhood on the Olympic Park, but politicians are wrangling over the hot topics of sports participation, school sport and reinvigorating volunteering that are not yet resolved. Now, much like Seb Coe, Dame Tessa is less a politician and more a statesman. We are intrigued as to what's next and how she will use her newly-elevated influence. In the mean-time, the cupcakes — ferried to Westminster speedily by Alastair Campbell — were lovely.

For more on sport participation in London, see our series on where to play sport in the capital.