London Jazz Festival 2012 - On The Cheap 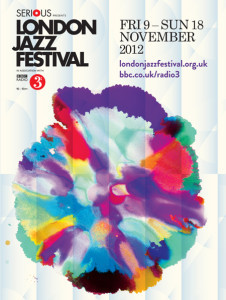 London's annual ten-day jazz takeover launches a week today (the festival runs from 9 to 18 November) and the 2012 festival is more ambitious than ever. With hundreds of events at dozens of venues, jazz tentacles will spread out across the entire city.

Ticket sales for the festival have been strong and most of the headline gigs — Brad Mehldau Trio and Sonny Rollins at the Barbican Centre, Esperanza Spalding at the Festival Hall — have long sold out.

But part of the festival's charm is the opportunity to hear up-and-coming British and international talent in smaller venues, and many of the festival's more intimate gigs are very generously priced, if at all.

We've selected ten events or mini-series from the London Jazz Festival programme that cost no more than £15. There are many more — see the LJF website for full details.

Hyperpotamus @ various venues
9 Nov, 6pm: King's Cross St Pancras, Lower Concourse | 10 Nov, 2pm: National Maritime Museum, Greenwich | 11 Nov, 12pm: artsdepot, Finchley; ALL FREE
'Festival on the Move' is the part of the festival where jazz gigs pop up in unusual spots across London. Spanish vocal artist Hyperpotamus performs with just a microphone and a loop pedal. See him flex his vocal muscles for free at three locations before his gig at XOYO, Shoreditch, on 12 Nov.


Feast of Jazz Film @ Queen Elizabeth Hall
10 Nov, 2pm, 5pm & 8pm; £10 for all three showings
Children of the same era, jazz and film have a long and distinguished relationship. Southbank Centre is the host for three film premieres on Saturday 10th about the lives of three jazz legends: saxophonist and composer Barbara Thompson, saxophonist Sonny Rollins (pictured) and pianist Michel Petrucciani. An opportunity to find out more about what goes into the music of these great players.

Byron Wallen @ Royal Academy of the Arts
10 Nov, 7pm; £7
The RA is not a building one usually associates with jazz but the beautiful Piccadilly gallery hosts trumpet genius Byron Wallen for 'Adventures in Brass', in which he — and tuba player Oren Marshall (of whom, see more below) — explore the traditions of brass playing. Expect wildly different styles, musicianship that is a cut above and acoustics to match.


Scene Finland @ Barbican Freestage
11 Nov, 2pm; FREE
Scandinavia is a hotbed of improvised music, especially in relation to folk traditions. 'Scene Finland' on the Barbican's excellent freestage shines a light on four bands from the country: Black Motor, Rakka, Juara and Anna-Mari Kähärä Orkesteri, all of whom will push the boundaries of jazz as we know it, with influences ranging from Nordic folk and pop to poetry.

LJF Sessions @ Ray's Jazz
12-16 Nov, 6pm; FREE
Jazz in the café of London's favourite bookshop, on Charing Cross Road, is a great little spot for live music. Sessions at Ray's Jazz take place at the commuter-friendly time of 6pm. Pop in on the way home from work, and you're likely to see LJF artists in action that you would have to pay to see elsewhere.

Oren Marshall @ Charlie Wright's
15 Nov 2012, 9pm
Oren Marshall is that rare thing — a tube virtuoso. This musical innovator brings his world-jazz group The Charming Transport Band to intimate Hoxton venue Charlie Wright's for what should be an explosive evening of riffs, grooves and extreme tuba blowing.

Jazzpospolita @ POSK
16 Nov, 8pm; £7
This gig is part of 'Jazz in the New Europe', a Jazz Festival strand exploring established and emerging artists from across the continent. Jazzpospolita is a Polish band in the emerging category: the band plays funky electronic jazz fusion and makes its LJF debut at the Polish Social & Cultural Centre (POSK) in Ravenscourt Park.


Soweto Kinch @ The Albany, Deptford
16 & 17 Nov 2012, 7.30pm; £12-14
London-born saxophonist and vocalist Soweto Kinch is the British jazz star of the moment.  The award-winning musician, a ferocious improviser, brings hip-hop to the centre of his music and makes albums with challenging contemporary themes. He presents a staged, multimedia performance of his new concept album, The Legend of Mike Smith, at The Albany over two nights.

Gilles Peterson Presents: Mala in Cuba @ The Electric, Brixton
17 Nov, 9pm; £15
The global music DJ Gilles Peterson has a relationship with Cuban music going back several years. For what will be a pumping night at the popular Electric in Brixton, he presents dubstep artist Mala in collaboration with contemporary Cuban musicians. Expect heavy beats and a cool Cuban vibe. Read more about this intriguing project here.