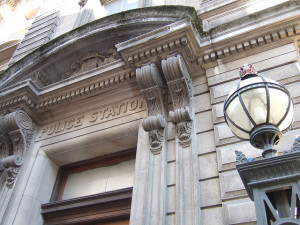 The developers of Bow Street Magistrates' Court and Police Station, which was closed in 2006, are holding two open days to outline their plans for a boutique hotel.

Between 3-7pm on Wednesday and Thursday members of the public can view the plans, ask questions and just enjoy stepping over a threshold that has been (unwillingly) crossed by everyone from Casanova to Abu Hamza.

It is unclear as yet whether the plans include details of the proposed Metropolitan Police Museum, which would occupy the former ground floor male cells and provide a valuable insight into London's police force, which was based on Bow Street at its inception in 1829. (And is not, of course, to be confused with the Bow Street Runners.)

The open days take place on 14-15 November between 3pm-7pm. Please note that there will (sadly) be no opportunity to tour the building. Photo by Ben Sutherland from a Creative Commons licence on Flickr.