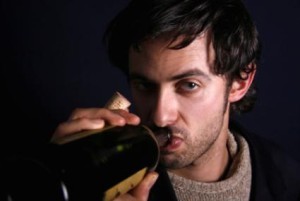 Tuesday: We do love Marcel Lucont's laconic French stereotypes (pictured), and urge you to head to Chiswick's Flyover Comedy Club at The Pilot. Also on the bill are James Mason, Dan Adams and Laura McClenaghan (8.30pm, £5 / £3).

Friday: Marek Larwood of We Are Klang sketch fame brings his solo stand-up show to the Pleasance for a three-night run (8pm, £8).