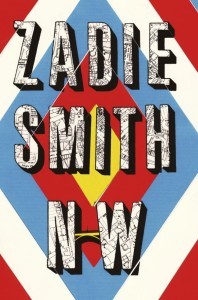 Zadie Smith doesn't do many public appearances so you should make the most of tomorrow: she'll be signing copies of her new book, NW, at Waterstones Gower Street.

NW is her fourth novel and goes back to White Teeth territory – north west London, in other words, and Willesden – following the fortunes of four people who grew up on the same council estate. Even though her last novel, On Beauty, was set in the States and Smith works at New York University, she still spends time in London and has been part of the campaign to save Kensal Rise Library. If you want a taster, the Guardian has an extract from the start of the book (describing an incident that'll be familiar to many; it's happened to us in two different flats).

Zadie Smith starts signing at 1pm but Waterstones expects a queue, so arrive with time to spare. If you can't be there in person you can reserve a signed copy by calling the shop on 020 7636 1577.