Dance Review: Some Like It Hip Hop @ Peacock Theatre

By BelindaL Last edited 121 months ago
BelindaL Dance Review: Some Like It Hip Hop @ Peacock Theatre 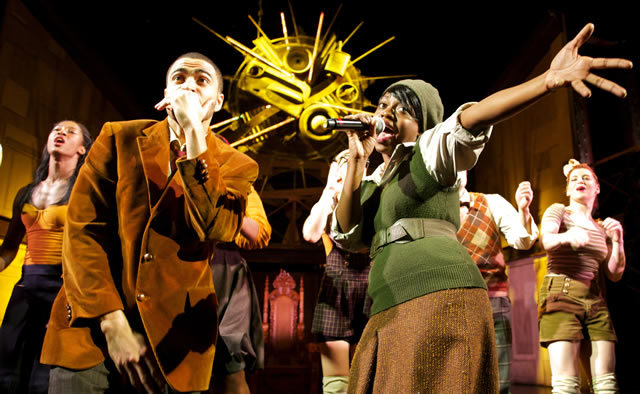 Some Like it Hip Hop sure is a catchy title, and a nice entry point into what turns out to be a far more varied night's entertainment.

We’re no experts in hip hop style (though fans), but there is everything alongside the breakdancing, streetdancing, popping and locking moves traditionally associated with the genre to prove this production is in love with dance in all its shapes and forms. Ballet, stage combat, acrobatics and a clowning breakdancer all make appearances.

Anyone who has seen the precursor show, Into the Hoodz, will know dance company Zoonation and its founder Kate Prince can pull out the goods. But somehow, Prince has souped up this sequel to a new level and made it bigger, better, more dazzling and more ambitious. 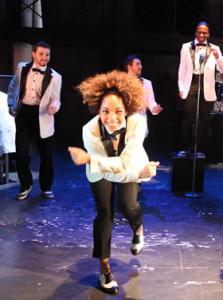 As well as an original score with live singers delivering gospel, soul and musical-style ballads, there are many surprises and the sense that the crowd is always being given more. Our harmless Welsh narrator (Ross Green) reveals a talent for garage MCing and beatboxing. The stage transforms every three minutes so even the most ADD-minded can't get bored.

Two lovers do a cute little dance duet (rather aptly, they are Tommy Franzén and Lizzy Gough who were runners up in So You Think You Can Dance). Every performer, mind, is practically a dance Olympian, with energy, lightning-quick reflexes and a miraculous ability to hurl themselves onto the stage without coming up with broken arms and legs.

The only small issue with this great big party of a show is that there’s almost too much to take in. Krump ('Kingdom radically uplifted mighty praise') has to be one of the most impossible dances to replicate – dancers enact the expulsion of demons from their bodies, breathtaking to see – and the embittered governor Okeke (Duwane Taylor) does this brilliantly. But there’s too much to distract on the fast-moving journey to take everything in.

Nevermind. Go once, and be prepared you might have to go again. Just make sure you go to the Peacock Theatre not Sadler's Wells (the co-producer and presenter of the show) which this reviewer did to their alarm and made it just at curtain up.

Tickets for Some Like It Hip Hop are available from Sadlers Wells. Price ranges from £12-38