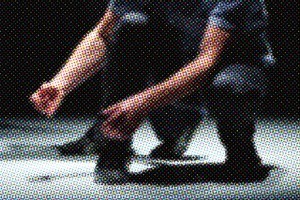 Cash for contemporary dance? An extraordinary thing indeed. The Place Prize is Europe’s biggest contemporary dance competition, which offers a £25,000 prize for the work that manages to beat off 15 other commissioned pieces premiering at the semi-finals with four pieces going through to the Finals in April 2013.

The first week, 6–13 September, is preview week. This allows the choreographers to try out their pieces on a real audience before semi-finals week, which follows from Saturday 15-22 September. Four pieces are on show each night. Just like the X-Factor (the comparison stops right here) both a panel of judges (Sarah Crompton, Roberto Casarotto, Siobhan Davies, Stine Nilsen and Jonzi D) and the audience will vote for their favourite pieces to go through to the finals in semi-finals week.

The line up is  as follows: