What’s On In London Theatre 14-20 August

If you’re not that excited about a return to normal life after all the Olympic unreality, why not put it off a little longer with a trip to the theatre this week? 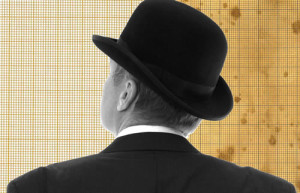 THEATRE:
From tonight, J B Priestley’s forgotten masterpiece, Cornelius is playing at the Finborough Theatre. A story of unrequited love, friendship and business, Priestley’s play captures the everyday politics of office life with searing wit and his typical touch of humanity. Also opening tonight is Love Is Not Enough at Theatre Local in Peckham, a story of family secrets and divided loyalties set on the day of the Notting Hill Carnival.

Tomorrow, Carousel opens at the Barbican Theatre. Produced by Opera North and starring Katherine Manley, Sarah Tynan and Michael Todd Simpson, there’s just 35 performances of this popular musical at the Barbican before it heads off on tour to France, so get in there while you can. Also opening tomorrow is Julius Caesar at the Noel Coward Theatre. This RSC production transposes Shakespeare’s great political thriller to modern-day Africa. We'll bring you a review later in the week.

There’s more Shakespeare on offer as Much Ado About Nothing opens at the Southwark Playhouse, produced by the Oxford University Drama Society, opening on Wednesday. This time, the action is set in 1950s Sicily, where “the women are as beautiful as the men are dangerous…” On Thursday, Noel Coward’s Volcano comes to the Vaudeville Theatre, starring Jenny Seagrove and Dawn Steele. It’s a classic Coward tale of seduction and bubbling tensions. 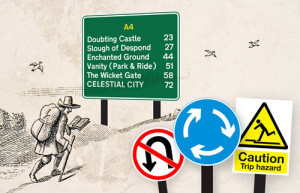 From Friday, you can see A Progress at The Yard, a playful adaptation of John Bunyan’s classic The Pilgrim’s Progress. In place of selling salvation, in the case of Bunyan’s original, Carl Heap’s A Progress sells “an evening’s entertainment with songs, music, laughs and spectacle” from the Beggarsbelief Theatre Company. A non-Christmas-time Aladdin comes to the Lilian Bayliss studio, part of Sadler's Wells' Lost Musicals season. It's a version written by Cole Porter for a live US TV broadcast and not seen anywhere since that one performance in 1958. Finally, on Monday, Rachel Creeger’s dark comedy Staffroom opens at the Tristan Bates theatre, part of the ever-brilliant Camden Fringe (what do you mean, you haven’t been to a Fringe event yet?)

POETRY:
If plays aren't your thing, but you still fancy seeing some live performance, why not check out the Roundhouse Poetry Slam this week. We're promised the "hottest up-and-coming lyrical athletes as they flex their poetic muscles in a war of words, vying for the title of 2012 Roundhouse Poetry Slam Champion". Sounds fun (see the video below).

CABARET:
Finally, the Menier Chocolate Factory is being taken over by the fabulous Le Gateau Chocolat this week. He's bringing his unique cabaret show to the Southwark stage from today, until the 26 August. It's like a sweet little slice of Edinburgh in August, right here in London.

LAST CHANCE TO SEE:
Two London theatre shows close on Saturday: Bush Bazaar at the Bush Theatre, and the terribly dreary Long Day’s Journey Into Night at the Apollo Theatre.