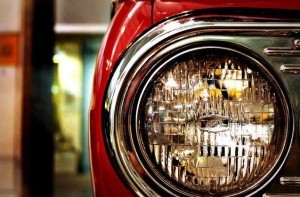 A Campaign for Better Transport (CBT) survey has identified London as the least car-dependent city in the UK, it was revealed today.

Of the 26 towns and cities selected, London performed the best, receiving particular praise for its bus services. Transport for London's much-publicised improvements in infrastructure for the 2012 Olympics are cited as being partly responsible for London's ranking.

This probably hasn't come as much of a surprise to Londoners, who are well-versed in the arts of public transport, walking and cycling. Measures to reduce car usage, such as the congestion charge, also come into play, not to mention the eye-watering rises in fuel duty and vehicle taxation.

The next nine least car-dependent cities after London are: Brighton and Hove, Nottingham, Cambridge, Southampton, Plymouth, Manchester, Liverpool, Newcastle upon Tyne and Bristol.

The CBT campaigns for better public transport, lower train fares and less traffic. You can read the full report here.

Photo by Canon 600d Photographer in the Londonist Flickr pool.