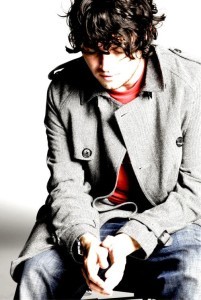 There are few people doing new things with words as excitingly as poet Ross Sutherland. His latest idea, taking looped snippets of film and TV and credit sequences to create a mesmerising, haunting, funny, thoughtful and clever without being clever-clever rap-poem about life and death, is on for three nights at the Battersea Arts Centre starting Thursday.

We saw a taster a couple of months ago and were awed to have been in the presence of brilliance. It's also pay what you can, so even if you're a bit sceptical about our gushing praise it'll only cost you a couple of quid.

Ross is also performing at this month's Homework on Wednesday, alongside other fantastic poets Joe Dunthorne, Luke Wright, Tim Clare, John Osborne and special guest, SLAM champion Buddy Wakefield. The boys will all do poetry battle. Blood and drinks may be spilled.