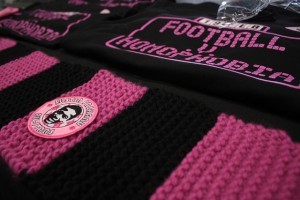 A new Pride House has been announced for London 2012 at CA House in Limehouse Basin.

The original plans for Pride House London to be the second biggest Olympic House at London 2012 involved a 17 day residency and festival on Clapham Common to welcome, represent and celebrate the global LGBT community landing in London for the Olympics.

However, in late April, a lack of sponsorship funding was reported and Pride House's licensing application was withdrawn from Lambeth Council.

The modest Pride House will be "a welcoming place to relax, learn and exchange" and host an exhibition about the history of LGBT sport, screen live action from the Games and put on live music, discussions and sports activities, including a Football v Homophobia football tournament.

Pride House will be open between 3-7 August at CA House, Limehouse, with the Pride House 2012 festival continuing in various venues through until 12 August. Check out the events calendar online.