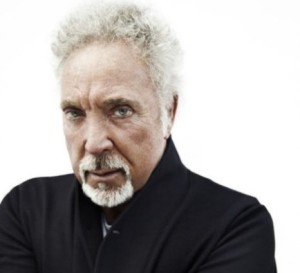 Visitors to Hyde and Victoria Parks will be serenaded by Sir Tom Jones, Roots Manuva, Ren Harvieu, The Temper Trap and more during the running and jumping series of free gigs between 28 July and 11 August.

Norman Jay and Courtney Pine are the highlights of Victoria Park’s main stage while Hyde Park features Aiden Grimshaw and Spector on its BT Vision stage and as well as main stage treats and a new music bandstand.

Regardless of your thoughts on the sport, the incorporation of breath-taking musical events can only be praised, with BT London Live proving to be an exceptional highlight.

Hyde Park’s line-up manages to be rather refined with Cast, McFly and Nik Kershaw showcasing classic British music on the main stage, yet involves some of the country’s most exciting acts, including Dot Rotten and Lucy Rose.

Victoria Park, however, embraces a carnival atmosphere with Gino Washington, Talvin Singh and outdoor discos from Club de Fromage, Guilty Pleasures and Electro Swing Club. Most intriguing is the Trans-Siberian Marching Band – with a name like that, what’s not to love?

Both sites feature big screens, televising the day’s sport and medal ceremonies, and family friendly sports try-outs and appearances by medallists, to distract you from all the amazing music on offer.

The line-up is vast, so we have made a handy spreadsheet with all the details. Further details, including all sporting and general fun and frivolities, can be seen at www.btlondonlive.com. There’s also an iPhone app, for those of you wise non-Android people.

It’s a spectacular opportunity to catch incredible bands for free. Here’s our run down of who to go and see.

Tom Jones: 28 July, Hyde Park
He was the highlight of the Jubilee Concert, the only one of the old guard who could still belt it out with a full voice. No one else has a voice soaring enough to properly the kick of The Sport.

Courtney Pine: 1 August, Victoria Park
The sax legend continues to amaze crowd with his unique take on an often derided instrument. His incorporation of drum and bass, and hip hop beats into jazz creates a wonderfully juxtaposed contemporary sound.

Tickets for BT London Live events are free with guaranteed entrance tickets available in advance, with one of those transaction fees. But you can simply walk up on the day from 11am, subject to capacity.