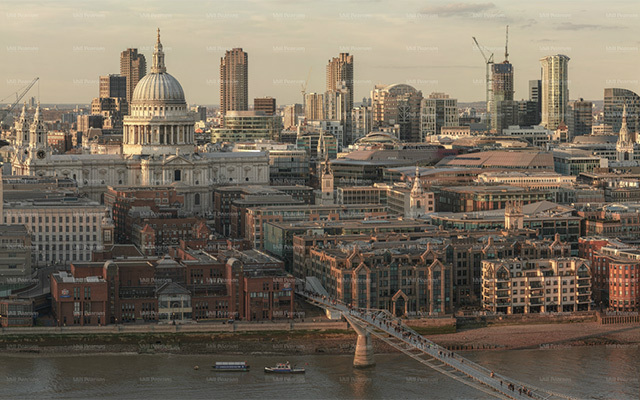 Photographer Will Pearson has produced another stunningly detailed gigapixel image of London. Click on the image above to enter it.

Shot from the south bank in the early evening, with rush hour coming to a close and twilight beginning to creep across the capital, the image presents a panorama of the City and out towards Canary Wharf. New architecture enthusiasts will enjoy the close-up detail on some of the Square Mile's emerging tall buildings, including the Heron tower and the Walkie-Talkie.

Other highlights from the image are the crowd of commuters heading south across London Bridge, and the Hitchcockian intrigue of investigating what happens behind every pane of glass in the Shard. The proximity of Tate Modern's chimney, which effectively divides the image into a diptych, allows for detailed examination of the brickwork, though sadly there's no sign of the peregrine falcons that occasionally nest at the top.

Previous gigapixel images by Will include the view from the top of the Shard and London at night.