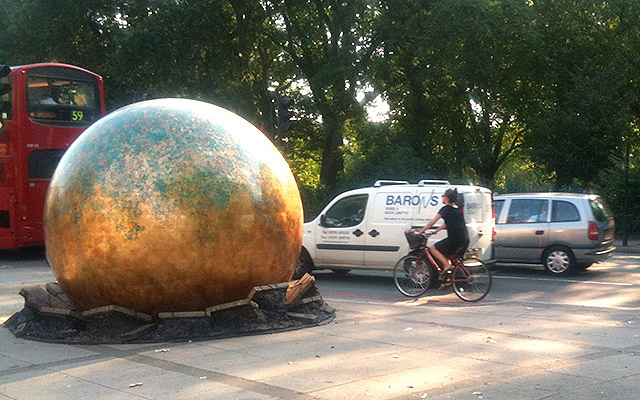 A curious new addition to the pedestrianised island separating Kennington Park from Oval Tube station has appeared in recent days.

Purporting to be a "gift from the Olympic gods" who have thrown it down to Earth from their celestial base (the clumsy beggars), the enormous 3m-high bronze globe is so huge that even Geoff Capes would struggle to shift it. The object is part of Wonder: Incredible Installations, a Mayor of London-sponsored project in which various of these "interactive installations" will be placed around the city for the Olympics. Others in the collection include giant-sized javelins and archery equipment, and the "Universal Tea Machine". See this map for all the locations.

The installations will be in place until 10 September.