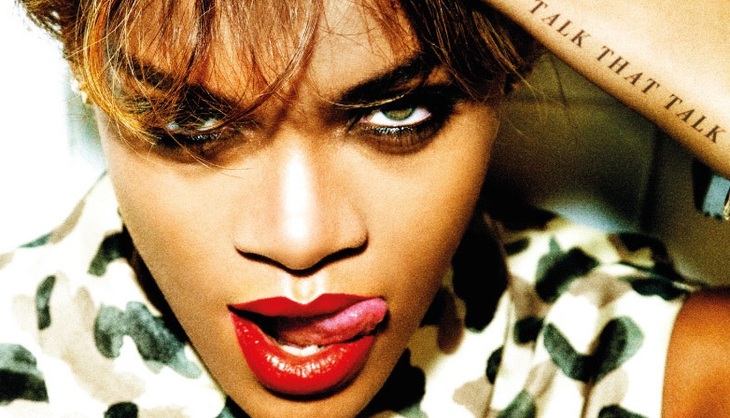 Wireless Festival returns for its eighth year of bringing the world’s biggest artists to Hyde Park. Rihanna, Deadmau5 and Drake headline the festival which this year is sticking to a strict EDM, rap and RnB rule, resulting in a phenomenal line up.

Joining the headliners are Nicki Minaj – who may be reporting back to her new BFF Madonna about Hyde Park’s volume for Madge’s gig here on 17 July – Jessie J off of The Voice and Justin Beiber's EDM twin Madeon. Wireless’s four stages will ache with lush samples and cutting edge beats, allowing the festival to finally air its voice.

Wireless has never really known whether it was a rock or dance festival. When Pulp announced their 2011 comeback at Wireless, Grace Jones was chosen to support – a bizarre choice, but one which highlighted Wireless’s eclecticism and determination to blur genres. Other headliners have been as varied as Jay Z (twice), Depeche Mode, Counting Crows, Chemical Brothers, The White Stripes and New Order, who return to Hyde Park for The Sport's closing ceremony concert.

Although unconfirmed rumours are Twittering about Rihanna cancelling her appearance, prompted by the cancellation of a show in Spain on 5 July following the death of her grandmother, there is still an amazing line up to explore. And being the good folk we are, we have highlighted Wireless’s ten must see acts.

Rhianna Main stage Sunday 8.10pm
The biggest pop star in the world will prove why she’s better than Gaga, Madge and Perry when she headlines Sunday night. You already know how amazing Pon De Replay is, and so is We Found Love, than what about S.O.S? Wowzers! Ri Ri has banned umbrellas from concerts in the past, but hopefully residing in London has acclimatised her to the unpredictability of British outdoor gigs.

A$AP Rocky Pepsi Max stage Sunday 4.25pm
Rap's brightest star is pure hip-hop heritage – born in Harlem and involved in crime and battle raps from an early age but now committed to drawn out spitting with his crew, the A$AP Mob. His smooth and breezy style and scattered G-beats hark back to the early 90s with Bone Thugs n Harmony slickness and latterly with a southern-fried crunk bite. His two dates at Electric Ballroom earlier this year sold out straight away, so embrace this chance to catch him here.

Theophilus London Barclaycard Unwind stage Sunday 6.35pm
London’s grooving electro beats and reinvented soul mark him as one of the most exciting rappers to come out of Brooklyn. He’s more associated with New York's leftfield alt-scene than B-boy street corners, having worked with Tegan and Sara and TV On The Radio’s Dave Sitek (yes, Maximum Baloon’s Groove Me, we knew you recognised the name) with a style resembling EL-P,  Saul Williams and moments of Spaceghostpurrp – all the cool alt rappers.

Metric Main stage Friday 4.00pm
Our favourite Canadians open Wireless with probably the most indie friendly set of the festival. Synthetica, their latest album, can out-pop a dancing troupe and be kick ass while doing so, and is testament to a quality band persevering and surviving buzz scenes which come and go. Their recent Shepherds Bush Empire show was outstanding and secures their inevitable rise as alt-rock mainstays.

The Weeknd Pepsi Max stage Saturday 6.20pm
Ok, maybe we have another joint favourite Canadian. Abel Tesfaye’s songbird soul over eclectic samples have propelled him in to the hearts of hipsters and made RnB listenable to indie kids. He made his name after releasing a slew of mixtapes and receiving nominations for the Polaris Prize- Canada’s Mercury Prize. He played his debut UK show in June at Witon’s Music Hall, so The Weeknd gets a gold star for picked an ace venue.

Chiddy Bang Barclaycard Unwind stage Saturday 8pm
This Philly rap duo’s hook laden pop bounce is riddled with hipster-friendly samples from Icona Pop and Sufjan Stevens which fuse their crisp beats and wry lyrics to perfection. They’re the ultimate house party band, edgy but fun, and their upbeat mixtapes soundtrack many a trip on the 43 to Angel. Forget about all the look-at-me-aren’t-I-important rap out there – we're looking at you Kanye – and enjoy Chiddy Bang’s carefree freestyling.

Queen of Hearts Bandstand stage 4.05pm
An enigma? A mystery? A new pop queen? Well probably all of these along with a dose of synth-sheen. The 24-year old half Polish Brit takes the pop stomp of Goldfrapp and grinds it into a sinister Kylie rampage through electro-pop, like a gothic T4 On The Beach. She’s been praised by the nationals and the buzz blogs, and each one of them is right.