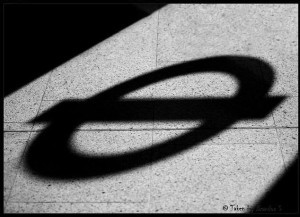 Staff working for Transport for London's call centres will stage a 24 hour strike in a dispute over bonuses and holiday bans during the Olympics.

Members of the Rail, Maritime and Transport (RMT) union will strike from 9:30pm on 1 July. The union claims that TfL refused to meet with ACAS to resolve the dispute. TfL aroused the ire of the perpetually pugilistic RMT with their recent confirmation that they would not pay bonuses to call centre staff working during the Olympic period. Staff were also barred from volunteering as travel ambassadors which would have netted them an extra £20 per shift.

The Unite union recently warned of further bus strikes over the level of bonuses offered to its members.There have been disruptions to bus services today as workers staged further demonstrations across the capital.

Tube staff are set to receive a bonus of £850, while DLR workers will get £900. Workers on the Cycle Hire scheme also recently learned that they would get a £500 Olympic bonus. TfL are, as ever, sanguine about the effect of the strike on London's transport, stating:

"We do not expect this to have a significant impact on the service we provide to our passengers."

Photo by Mix Master B in the Londonist Flickr pool.