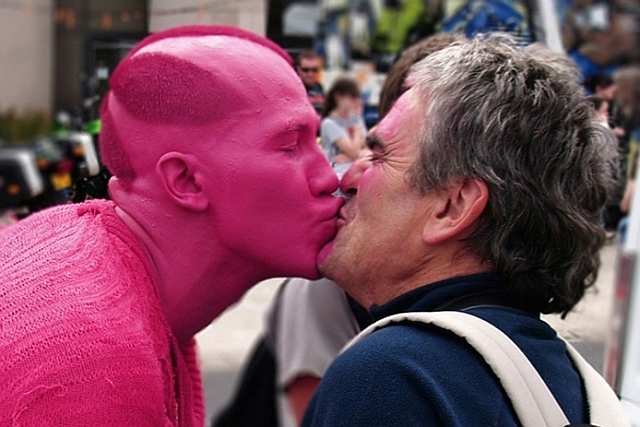 Enjoy Greenwich and the Docklands before it goes Olympics crazy, with the much welcome return of the annual Greenwich and Docklands International Festival. Running 21-30 June, it features tons of free, outdoor performances of dance, music, acrobatics, theatre and plenty for all the family. These are just a few highlights...

Prometheus Awakes – not an extension to the Alien prequel but a retelling of the Greek myth – from Catalan performances companies Graeae and La Fura dels Baus, will see a giant puppet man walking through the gardens at the National Maritime Museum. There are hints about an 'explosive performance' so given the nature of the story (Prometheus stole fire from the gods to use on earth) we reckon there'll be literal or figurative fireworks.

Also around the historical bits of Greenwich: catch KnightWatch, a new commission by Inua Ellams that uses poetry and music to tell the story of a city; La Boite Noire, tiny installations offering different perspectives on a murder mystery; seven pink aliens try to learn human ways in The Invasion, from Ljud, a Slovenian troupe (did you know Greenwich was twinned with Maribor, this year's European Capital of Culture? Oh. Well, we didn't).

On the Isle of Dogs: enjoy a seaside picnic followed by a dance performance on the shoreline with Seasaw; a ballet about shopping Trolleys falling in love; the Arensky Chamber Orchestra performing works by Argentinian composer Piazzolla, plus dance to the Four Seasons of Buenos Aires; and dancing beds and acrobatic mattresses in Expedition Paddock.

We're also particularly looking forward to an audio performance on the train from Charing Cross to Greenwich, and will be reporting back in more detail later. Greenwich Fair is back, this time with a 30ft pig, and if you're scared of bugs we advise avoiding Roman Road on 23 June because there'll be a parade of giant insects.