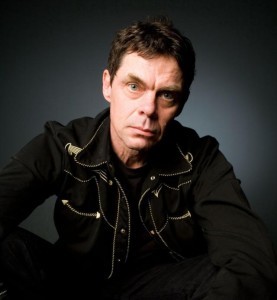 Sunday: Michael Legge's Private Hell – and, given the angry state of his mind, we're not sure we want to dwell on that concept very long – is at the Phoenix on Cavendish Square, with guests Bridget Christie, Nick Helm and Caroline Mabey (3pm, £5).

Head south to Forest Hill where Jess Fostekew and Owen O'Neill are previewing Edinburgh shows at The Hob (7.30pm, £8 / £6).

A very different type of night is happening at the Soho Theatre, where Alternative Comedy Memorial Society members Thom Tuck, John-Luke Roberts, Nadia Kamil and others pitch up with guests Robin Ince, Cariad Lloyd and Waen Shepherd (8pm, £10, so you could also donate the extra fiver to Macmillan).

Wednesday: Rich Hall (pictured) presents his mix of music and comedy at the Soho Theatre (9.30pm, £15 / £12.50). He's here til next Thursday but the next three nights have already sold out, so get in fast.

Thursday: Popcorn Comedy returns to the Roxy in Borough (7.30pm, £6 / £9). Rob Rouse, Joe Wilkinson and Holly Walsh have made short films for you to enjoy.

Friday: Fancy comedy in a bus-slash-pizzeria in Deptford? Then this is the night for you. Seriously original comic Nick Sun headlines, with support from Mark Quinn, poet/comedian Richard Tyrone-Jones, Frog Morris, Jack Gardner and Nicolette Minster (8.30pm, £4 / £5).

One-third of WitTank Naz Osmanglu and showcase The Comedy Zone share a double bill of previews at the Pleasance (7.30pm, £10) and Mark Thomas tests out his new show at Camden's Etcetera Theatre (9.30pm, £12.50).

Saturday: Mark Watson is top of the bill at the latest Live at the Chapel show, with Danny Bhoy, Tom Basden, Claudia O'Doherty and the brilliant, grizzled, Arthur Smith MCing (7.45pm, £18 / £16).

Book ahead: London is Funny has put together a list of big name comics – including Eddie Izzard, Sarah Millican, Dara O'Briain and Alan Davies  – currently booking.