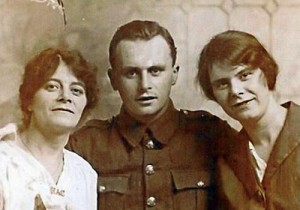 Edith Garrud sounds like a pretty formidable character. As one of this country’s first female professional martial arts instructors, she trained the Suffragette’s defence unit, the 30-strong "Bodyguard”, which protected its members from police arrest.

This Saturday, Islington Council is commemorating her work with a People’s Plaque. The new plaque will be unveiled at 1pm on Saturday at her former house at 60 Thornhill Square.

It's thought that Garrud learnt jiu-jitsu in the late 19th century. She worked with the Suffragettes between 1908 and 1911, at her women-only training hall, a room at the Palladium Academy dance school in Argyll Street. Garrud, who was just 4ft 11 tall, boasted of her skills in an illustrated article explaining how woman using the jiu-jitsu had "brought great burly cowards nearly twice their size to their feet and made them howl for mercy".

"Woman is exposed to many perils nowadays, because so many who call themselves men are not worthy of that exalted title, and it is her duty to learn how to defend herself," she wrote, in 1910. It doesn't seem to have done her much harm:  she lived a long and happy life, dying in 1971, aged 99.

Cllr Catherine West, leader of Islington Council said, "Edith Garrud's pioneering career and the Suffragettes' victory on votes for women have contributed to making our society fairer and more inclusive. Its historic contributions like hers that have stamped their mark on our borough and inspired residents to vote in their thousands for their Islington's People's Plaques heroes."

Here’s a depiction of Garrud in Punch in July 1910, single-handedly taking on a group of policemen. 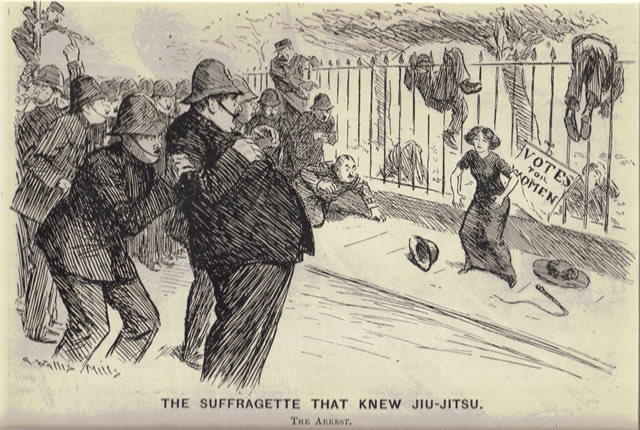 The borough’s award scheme (begun in 2010 to recognise the people, events and places that have shaped Islington through the years) continues to be popular: more than 3,000 votes were cast in the poll to find this year's top three winners.