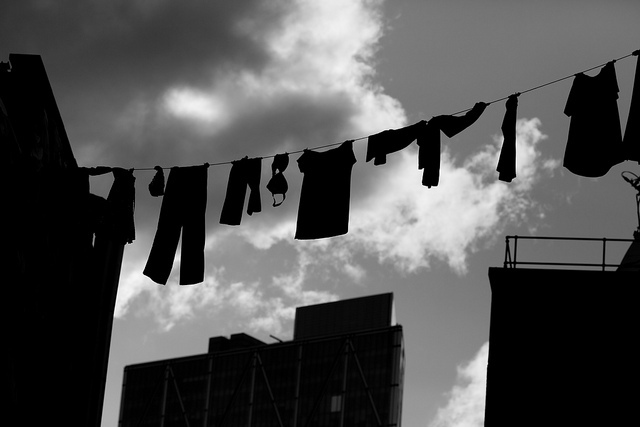 Image of Brick Lane washing by Luca Piantoni in the Londonist Flickr pool.