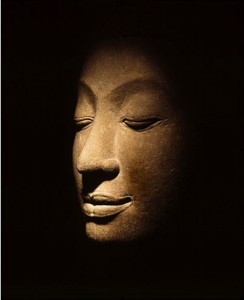 The story of Buddha as narrated by his most famous Hollywood follower, a Bangkok monastery-murder-mystery and a road movie with Tibetan nuns all feature in a film festival starting today, 11 April.

Richard Gere narrates The Buddha, which tells the life of the 6th Century BC prince turned spiritual leader, while Mindfulness And Murder is a whodunit set among monks – think The Name Of The Rose, but in Thailand.

Karma, meanwhile, sees a Tibetan nun set out to find funds for her abbess’s funeral and features the line "You’re desperately after something… you won’t get it, but you won’t fail" – which seems as Buddhist a statement as is possible to come up with.

Elsewhere, the leader of Burma’s pro-democracy party and Nobel Peace Laureate Aung San Suu Kyi is celebrated in a double-header of Lady Of No Fear and Into The Current.

The mix of features and documentaries – including accounts of arduous spiritual ritual, pilgrimage and the ‘crazy wisdom’ of of Chogyam Trungpa Rinpoche – are largely UK or European premieres.