Preview: Made in Britain @ BFI Southbank 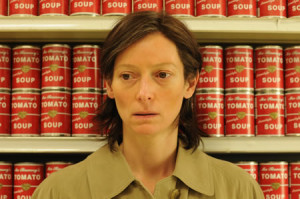 This month marks the first instalment of a new programme at the BFI. Every year, the BFI Southbank will host a series of films dedicated to contemporary homegrown cinema called Made in Britain. And this year, the focus is on female directors.

Though in the minority (only 14% of British films released in the UK are directed by women) the BFI aims to show how these women explore form and content in fresh, thought-provoking ways.

The programme also features Carol Morley, Joanna Hogg and Clio Barnard appearing on-stage following screenings of their films at BFI Southbank, to discuss their films, their careers and what the future may hold in terms of this ongoing creative imbalance.

Look out for screenings of early shorts from Andrea Arnold and Lynne Ramsay, as well as further opportunities to see Carol Morely’s Dreams of a Life and Gillian Wearing’s 2010 film Self Made.

Made in Britain runs at BFI Southbank, South Bank, Waterloo, London, SE1 until the end of the month. Most tickets cost £9. Visit www.bfi.org.uk/southbank for more information, and to book tickets.