Opened in 1972, the estate, formed of two long concrete blocks designed by husband and wife team Alison and Peter Smithson (also responsible for the Economist building in Piccadilly) had become a cause célèbre in recent years, ever since tearing it down was first proposed in 2008. Architects Zaha Hadid and Richard Rogers, and former Guardian architecture critic Jonathan Glancey, joined a campaign by Building Design magazine to save the estate, and it was the subject of an exhibition. However, the decision not to award it listed status sounded the death knell.

For all its Brutalist charm and rigid adherence to the now-outmoded 'streets in the sky' concept, Robin Hood Gardens was an easy target for those who call architects hypocrites eager to champion crumbling estates they wouldn't dare live in themselves. Many of the current residents can't wait to be rid of it: a consultation in 2008 found that over 75% supported its demolition. 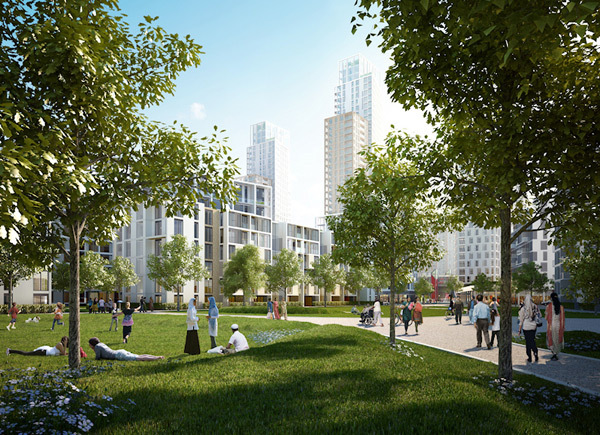 The site will become part of the wider Blackwall Reach development, part of which can be seen in the above design; it will have 1,000 private flats and 700 earmarked for council residents.