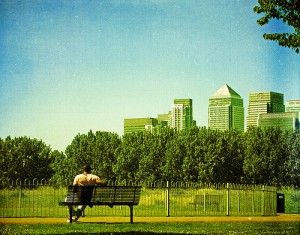 Freedom of Information (FOI) requests have revealed that London councils have raised £69m from the sale of public land in the past three years.

The list of spaces sold off makes interesting reading — playing fields make up the biggest portion of land but sewage works, school land, allotments and even docks are being sold for development or to private residents. The former school site recently inhabited by Occupy in Islington was sold to Southern Housing Group for £8.3m.

Barnet tops the list of local authorities involved with 147,298 square metres of land sold off, raising £12.9m, with Bexley close behind at 128,673 square metres. According to the BBC's league table Bexley only raised £19,000 for it, which makes it either a misprint or the cheapest place in the capital to buy land.

A combination of housing shortages and budget cuts have presumably made the sale of land more attractive, but could result in the loss of valued green spaces and greater density of building, particularly in the inner city where open land is scarce. Labour MP Kate Hoey, campaigner for green spaces, highlights the importance of ensuring that development is closely monitored:

"If a playing field is sold to a developer who intends to build upon the entirety of the site then this is to be condemned in the strongest possible terms."

Suburban areas are at risk too. Greater London Assembly member Roger Evans plans to call upon London's mayor Boris Johnson to protect suburban areas from over-development after a Planning Inspectorate rule-change on density means that one Victorian house in South Woodford is to be demolished and replaced by eight flats. The planning application had been repeatedly rejected by Redbridge Council.