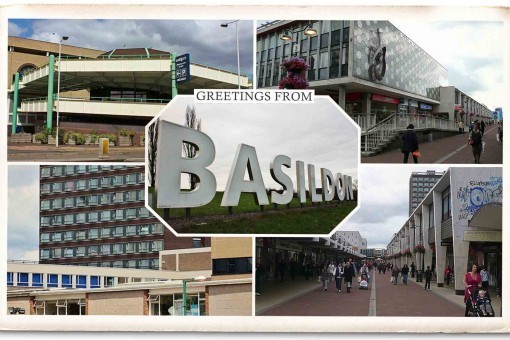 We love a bit of festering resentment. We’re quite fond of a bit of working class argy-bargy too, especially in an emetically-carpeted housing estate setting. And we’re having echoing déjà vu moments for the Royal Court on 8 May 1956.

It is only slight exaggeration to compare what we’re dying to call a ‘Rom’ Com because of its Romford-born and Essex-celebrating author David Eldridge with his hero John Osborne’s original kitchen sink drama. In fact if he’d set it 12 miles to the north west, this could have been 'Look Back in Ongar'.

Except it's much more laugh-out-loud funny than Osborne ever was.

Len’s dying in his own living room attended by his best mate Ken (deft comic turn by Peter Wight) and his two sisters Doreen and Maureen who haven’t spoken to each other in 20 years. Only at the end of the play, in a brilliant spin through time, do we learn why. These totally authentic women characters appear to have ‘misery’ lettered through them like sticks of Southend rock in wholly credible and almost documentary performances by two of our finest character actresses.

Mike Leigh-veteran Ruth Sheen (Vera Drake’s black marketeering mate) is outstanding and completely matched by Linda Bassett whose capacity to bring to life a succession of working class and downtrodden women is legendary and whose omission from a starring role in EastEnders is a crime against talent.

Into this working-class pigeon loft, Eldridge drops a sleek cat in the form of a university-educated posh fiancé for Len’s niece. His naivete and condescension provide much of the comedy. One blogger saw this as a commentary on the exclusion of the working-class voice from modern political discourse, but we felt it was a surreally delicious part of the placement of a Basildon comedy in a Sloane Square theatre, whereby a 'Made in Chelsea' audience gets the chance to see a clutch of people who wouldn’t make it into 'TOWIE'.

Talking of placement, and following similar attempts at the Old Vic and the Menier, the Royal Court has built a secondary seating area behind the stage in a misguided attempt at ‘in the round’. It seems a waste of scaffolding, and some of the sightlines are terrible, so if you get the chance, choose seats on the conventional auditorium side.

The play is directed by Dominic Cooke who also did Clybourne Park for the Court, and there are textural similarities which only enhance the sharpness of the comedy and the naturalism of the drama. With a superb cast, and such sensitive direction, it is unmatched by anything in the West End.