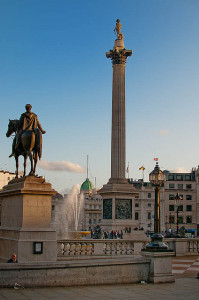 The London Symphony Orchestra (LSO) yesterday announced that it will perform the first of three concerts at a stage on Trafalgar Square on Saturday 12 May (at 6.30pm) in what looks like a publicity coup for the Barbican-based orchestra.

The free concert, which will be conducted by the LSO's Russian Principal Conductor, Valery Gergiev, was made possible by a new sponsorship deal with BMW. Muscling in on pop territory, the orchestra will perform flanked by giant screens.

Perhaps surprisingly for an open-air concert that will need to attract an audience of many thousands to be judged a success, the LSO will perform full works by Igor Stravinsky rather than a Last Night of the Proms-style populist programme of shorter pieces.

The Russian composer's masterpieces The Rite of Spring and the Firebird Suite make up the core of the performance, which will also feature 150 children as part of the orchestra's 'LSO Discovery' education progamme.

The Trafalgar Square concert is slated for repeat in 2013 and 2014 with details for these future events still to be announced.

Image courtesy of leftbrokeneye3 via the Londonist Flickr pool.