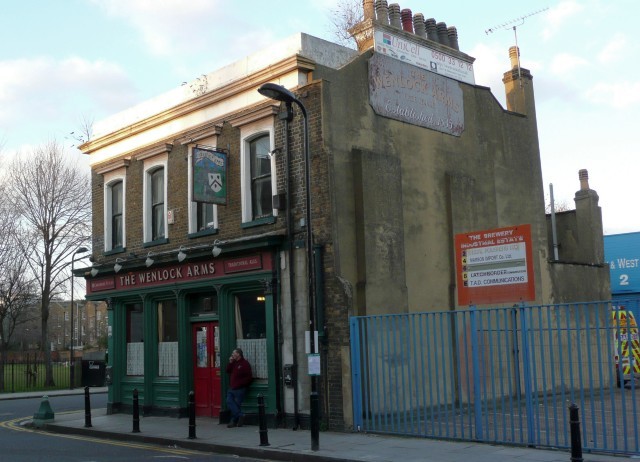 The Wenlock Arms is saved! The beloved pub was threatened with being torn down to make way for a block of flats, but Hackney Council have stepped in a second time to protect the building.

The Council rejected planning permission in October, stating the pub has

yet the property owners, evidently determined to go ahead, served a notice for demolition anyway. So the Council have extended the Regent's Canal conservation area, in effect awarding the Wenlock listed status, affording councillors the power to block any proposals for demolition.

The campaign to save the pub, open since 1836 and recipient of many awards, reached the Evening Standard, CAMRA and Al Murray in his Pub Landlord guise, filming Compete for the Meat.