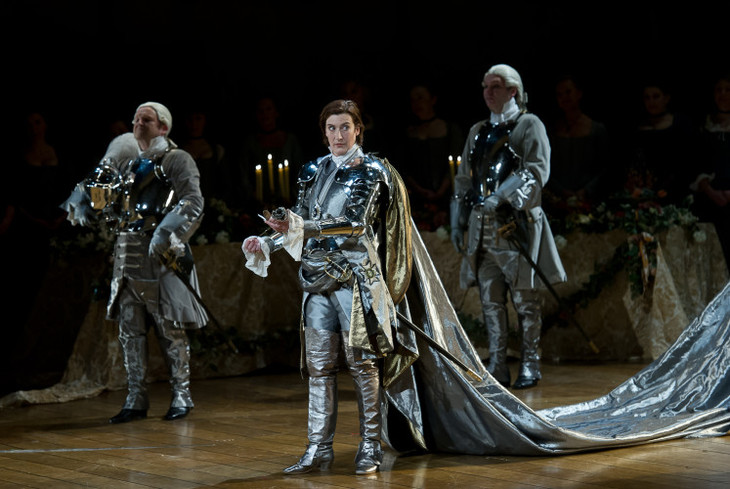 Like Rossini’s The Barber of Seville and Donizetti’s Don Pasquale, Richard Strauss’s opera is the story of an ageing man of status who attempts to stand between two young lovers. The added irony in Der Rosenkavalier is that the youth who steals the beautiful Sophie’s heart is the person whom Baron Ochs had commissioned to secure his own betrothal to her.

When David McVicar’s production first burst onto the English National Opera stage in 2008 it was an instant success. The single set had found a way of capturing the three distinct areas in which the drama takes place by creating a sumptuous interior containing columns and chandeliers, but also cracking plaster. In the various scenes different parts of it were then covered up with ‘metal’ curtains to create three unique spaces.

Of course, it helped that the original production had a stellar cast. This time around, several of the original principals reprise their roles, and something rather marvellous has happened.  The cast that was so strong four years ago suddenly sounds even better.

Amanda Roocroft as the Feldmarschallin is at the height of her game, her voice radiating out with a power that never sacrifices any of the sensitivity that is required when lamenting lost youth and love. Sarah Connolly combines her secure, resonant voice with a range of subtle gestures that perfectly capture the predicaments that Octavian, who becomes the Rosenkavalier, finds himself in.

The production also benefits from possessing two of the best actors in the operatic business. Sir John Tomlinson has played the largest and most serious parts in all of opera, but here as Baron Ochs reveals his unparalleled flair for comedy. Andrew Shore handles the role of Herr von Faninal with his trademark expertise for timing. Sophie Bevan is also delightful as his daughter, Sophie, while Gwyn Hughes Jones puts in an excellent performance as the Singer.

By the time we have added in Edward Gardner’s exceptional conducting, it is impossible to do anything other than recommend an immediate trip to see Der Rosenkavalier.

Photo: Sarah Connolly as Octavian, aka the Rosenkavalier, © Clive Barda.