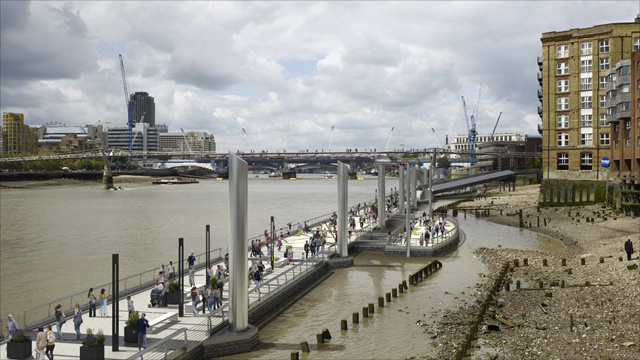 Plans for a floating river park on the north bank of the Thames have been scuppered for the time being. In a letter seen by Property Week, and cited in Building Design, the company behind the project confirmed to stakeholders that construction of the park will not go ahead before the Olympics.

The London River Park, a 1km walkway stretching between Blackfriars Bridge and Tower Bridge, was strongly backed by Boris Johnson and had been pencilled in for deployment ahead of the Olympics. However, objections from local residents and a less-than stellar reception from key bodies including the Port of London Authority has led to the proposal being withdrawn and placed under review.

The letter states that the plans have not been totally abandoned, and that further details will be released in early 2012, but the London River Park website and Twitter account don't appear to have been updated since November, and we have been unable to contact any representative to confirm what might happen next. For now it doesn't look promising.