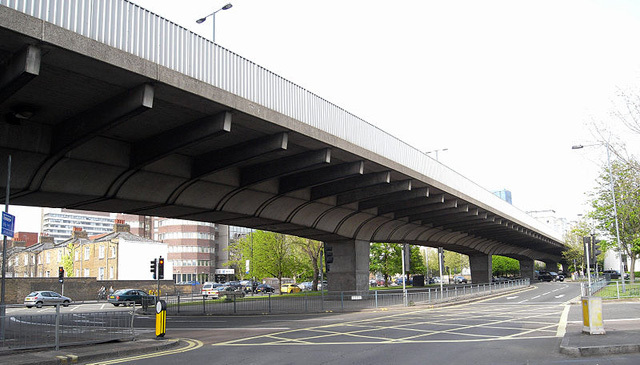 Transport for London today took the dramatic step of closing Hammersmith Flyover due to what they describe as a "serious structural defect".

Last week we reported on the whistleblower who had contacted the Fulham and Hammersmith Chronicle, claiming that the flyover was in a perilous state of disrepair and that, in his view, it was more a case of "when, not if" the thing collapses. The decision to close it with immediate effect does somewhat vindicate his doom-laden prognosis.

TfL's statement makes reference to the internal cables which keep the spans in place. An inspection last night, part of a detailed monitoring plan, revealed "technical problems", leading to the immediate closure and further assessment of the structure. The official line right now is that it'll be closed until January whilst this assessment is undertaken, but the sudden decision doesn't auger well for its prompt re-opening.