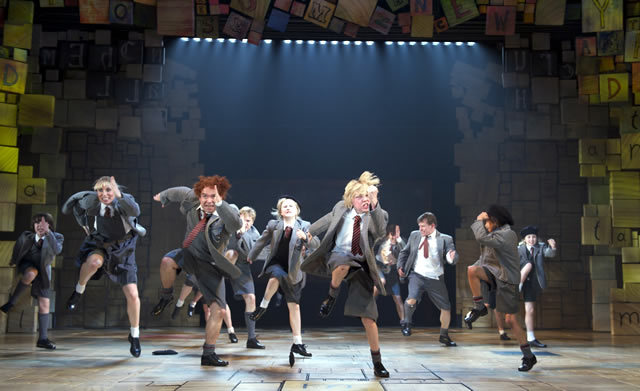 So writes Roald Dahl in Matilda, his story of a precocious young reader whose intellect and love of books puts her completely at odds with her bullying parents. If that's the case, then life must be very good for the team both on stage and off in the West End's newest hit musical, Matilda The Musical.

Chances are you've already read or heard about Dennis Kelly and Tim Minchin's musical adaptation of Dahl's text: it has already won several awards (two for best musical), and garnered breathy, over-excited reviews from pretty much every critic and blogger out there for its Stratford premiere last year. 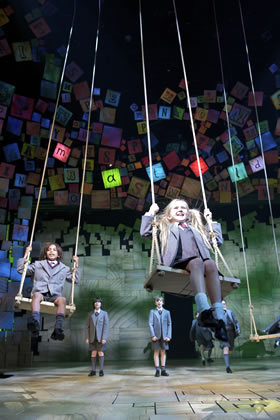 We went expecting big things, and we weren't disappointed. However, we were surprised…

We saw Eleanor Worthington Cox as Matilda, a huge role, almost permanently-on-stage. But there isn't a hint of the preening child-star about her: instead, she seems to be an oddly engaging mix of gorgeous singing talent, perfect stage presence and massive vulnerability. (There are several girls playing the lead on different nights, so if you saw someone else, let us know what you thought in the comments below.)

Paul Kaye and Josie Walker benefit from gorgeously grotesque make-up and costumes and create fantastic performances. It feels like Quentin Blake's doodles have stepped off the page and onto the stage.

Several critics have described it as over-the-top. We couldn't help thinking that despite Matilda The Musical being an incredible feast for the senses (Rob Howell's set design is breath-taking; Minchin's music and lyrics almost assault you; Peter Darling's choreography is so physical, it's exhausting), there's something restrained (and properly Dahlesque) about the show. It's a proper character-and-plot-driven play. With brilliant songs. This isn't Wicked, with its endless green smoke and flying broomsticks. It isn't even Billy Elliot with riot police and flying ballet boys.

Instead, Matilda uses her powers of telekinesis just once. (Take note if you love the film.) Some of the most powerful scenes of the play consist of our heroine, standing on a box, simply telling a story. And Bertie Carvel, who steals the show as the terrifying Miss Trunchbull, does so with his whispered lines and subtle twitchy gestures, as far from an OTT pantomime dame-ish performance as you can imagine at this time of year.

We're sure the kids in the audience will love the fart gags, the pigtail swinging, and the juxtaposition of fat boy and chocolate cake. But there's a level of pure theatrical class in this magical musical to enchant the adults out there too. Simply put: it’s brilliant.

Matilda is at the Cambridge Theatre, Seven Dials, 32-34 Earlham Street, London, WC2H 9HU until 17 February, 2012. And hopefully for a long time after that too. Visit www.matildathemusical.com for more information. Londonist saw Matilda on a press ticket kindly supplied by The Corner Shop.