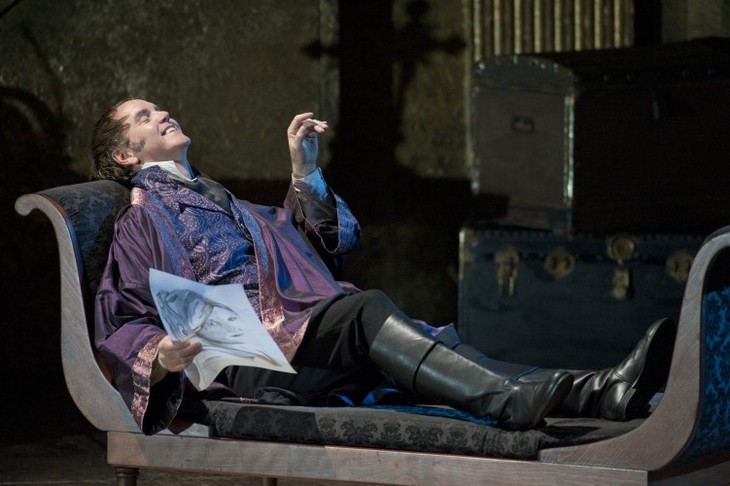 Tosca, Puccini’s operatic masterpiece that epitomises the notion of the tragic heroine, needs a strong performer in the title role, and in this English National Opera production, directed by soprano Catherine Malfitano, it certainly has one.

As the celebrated singer, Claire Rutter takes the stage by storm. In Act One she makes Tosca an exasperatingly demanding figure, but this only makes the character more human, and in no way undermines our understanding of her virtuous nature. Rutter’s strong and powerful voice resonates in our ears, while the precision, focus and detail inherent in it bring all of the delicacy that is equally required.

Gwyn Hughes Jones is no less accomplished as her lover, Cavaradossi, his upper register possessing a brilliant, yet secure, lightness that sees vocal lines executed with breathtaking beauty. Anthony Michaels-Moore cleverly plays the villain, Scarpia, as a quiet, malevolent presence, perfectly capable of turning on the charm to win people’s confidence. In the pit, Stephen Lord conducts with aplomb, allowing Puccini’s masterful phrases to overwhelm, without ever sacrificing any of the score’s subtleties or wondrous hues.

Were the singing and playing not handled so skilfully they could risk sounding brash. The only aspect of the production, however, that falls the wrong side of the gaudy line is the sets. Designer Frank Philipp Schlossmann seems to have invented a new architectural style, ‘fractured Baroque’, which consists of altarpieces broken into squares, and semi-circles jostling uneasily with columns. Still, the final starlit backdrop is enchanting, and the overall effect genuinely moving, so they must be doing something right.

Several recent ENO productions have featured strong singing, but this Tosca beats the lot. Go this Christmas (or New Year!) and experience the magic.

Photo: The most dangerous villains can also be charmers - Anthony Michaels-Moore as Scarpia © Mike Hoban