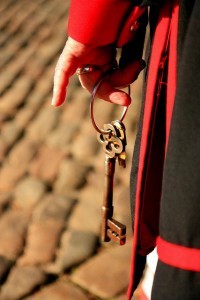 Records published online for the first time today reveal those granted the 'Freedom' to trade in the City of London from 1681.

A tradition that stretches back to 1237, the Freedom of the City of London was a royal charter which granted rights to trade and conduct business, a necessity for retailers in the city. Sometimes, it doubled as an honour to bestow upon the country’s great and good. Famous names to appear on the list include Jungle Book author Rudyard Kipling and former Prime Minister Benjamin Disraeli.

The records, published commercially on Ancestry.co.uk, go up to 1925 and list over half a million people who were granted the Freedom. Traders including scriveners (scribes), turners (lathe workers) and the ever popular vintners (wine merchants) all appear on the list.

While originally the only way to vote in Parliamentary and civic elections, the Freedom also offered some more unusual perks. Mentioned on the list are the right to be drunk and disorderly without fear of arrest, to drive sheep over London Bridge and, in the unlikely event of being sentenced to death, to be hanged with a silken rope!

The Freedom of the City database can be searched here. Membership of Ancestry.co.uk is required for full information.