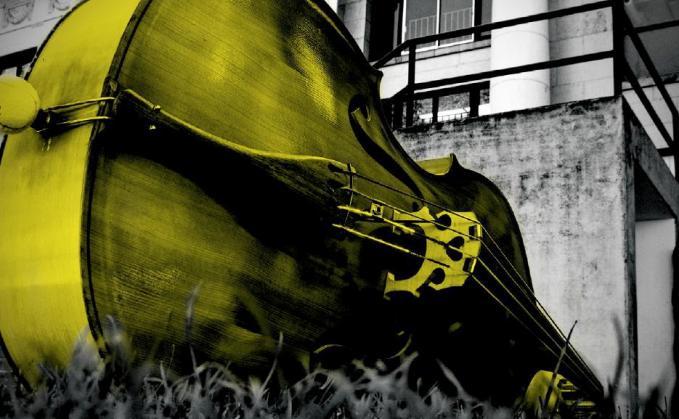 Another classical music club promotion, with roots far away from anything resembling a concert hall, is making inroads in London. As featured on Londonist earlier this year, we've had the candle-on-tables atmosphere of the 100 Club and the experimental, dance-influenced Shoreditch scene. Now, Yellow Lounge is trying to make its mark with this week's event following its July debut.

On Friday night, two of the finest young soloists on the circuit – pianist Alice Sara Ott, hot on the heels of a critically acclaimed recital at the QEH, and Dutch violinist Janine Jansen – head the bill at the Old Vic Tunnels in Waterloo. Joining them will be electronic musician Francesco Tristano as DJ and avant-garde composer Dai Fujikura who presents a video installation.

Unlike the initial crop of classical club nights, Yellow Lounge has music industry backing. It is run by a major record label, which explains the top-notch artists and low ticket prices. The promotion originated in Berlin where the idea was to promote a gig a month, moving around the edgiest venues that abound in that city.

The emphasis in London is seeking out a variety of unusual spaces in which to set classical music. With the first gig at Bermondsey Street Tunnel in London Bridge and Friday's at the Waterloo Tunnels, Yellow Lounge London seems to be sticking with the tunnel-railway theme but the Old Vic's venue should work well.