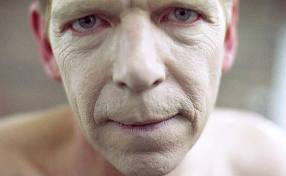 David Hoyle is not a man who minces his words. A vocal support of gay rights, the Philosopher King of cabaret is renowned for his sardonic wit and his verbal eviscerations of audience members, world leaders and anyone in between.

He moved to London from Blackpool aged 21 and saw at first hand the devastation caused by the first wave of HIV and AIDS. His success saw him rewarded in 2000 with a Channel 4 show, the Divine David, in which he parodied the likes of the London Bus Tour.He returns to the west end stage with David Hoyle Unplugged, his first musical show.

We don't think we've ever seen you do a night of songs. Will there still be some of the Divine David's invective in there somewhere or are you getting ready for cruise ship tours?
I’m sure I’ll have something to say between songs. How could I not? If people have left their hostels and bedsits to see me it’s incumbent upon me to be at least civil.

I do feel that the avant garde isn’t sufficiently well-represented on the cruise lines and it’s always exciting to explore a new demographic so, yes, I can see myself moving into cruise ships - around Alaska perhaps.

Do you have a personal connection to any of the songs you'll be singing?
Yes, all of them: the songs have been chosen in conjunction with Nathan Evans, the show’s director. Some of the songs we’ve worked on in previous shows and this is a chance to further develop them with the pianistic skills of musical director Michael Roulston. And, of course, there’s always room for some spontaneous improvisation.

How would you characterise the current London cabaret scene?
Vibrant but still contained – so many performers on that particular circuit are culturally far more interesting than the shite we see on television, or anything the mainstream insults us with. And Soho Theatre – so near to Shaftesbury Avenue and yet so far – is the only legitimate and credible alternative venue which brings artists who are more interesting and challenging to London’s glittering West End.

Your show starts on 6 August, the 150th anniversary of Queen Victoria giving the Royal Assent for the removal of the death penalty for homosexuality. What do you think has been the biggest single advance for the LGBTQI cause over your lifetime?
Decriminalisation – I still don’t believe we’ve got equality, but loving and interacting with a fellow human being isn’t legislated against as it was once upon a time.

The day before his non-appearance at this year's Pride, Boris Johnson said that he wanted to make London "the benchmark for LGBT equality". What would you like to see him do in aid of that aspiration?
I would remove anyone who’s vaguely homophobic to a concentration camp outside the M25, where they could keep each other company until such time as it was deemed appropriate for them to be dispatched.

If you were running for Mayor, what would be the top three points of your manifesto? (Is there anything you would ban or legalise/decriminalise?)
I would ban capitalism – the cruellest, most insulting system any so-called civilisation could choose to impose upon itself. I would declare every sentient being legally equal, i.e. plankton is equal to someone educated at Eton. And every new born individual would be issued with a global share portfolio which they may then choose to re-invest in their own education.

What's your take on the gay press in London? If you were an editor for a week, what stories would you run or what areas would you focus on?
Personally, I’m a bit bored with the ‘modelesque’ - it’s not really saying anything to me – so I would show more everyday sort of people engaged in sexual activity, either in a group or singly.

Who would you love to interview?
Liza Minelli is an obvious choice. Peter Tatchell, of course. And, posthumously, Fanny Craddock.

Do you have any London tips you habitually pass on?
If you get the chance – make your own sandwiches – you’ll save yourself thousands.

David Hoyle Unplugged starts this Saturday and continues until 20 August. Tickets are £10 until 9 August, £12.50-£20 after. More information here.

For the zingiest cabaret tips in town, see our weekly roundup.