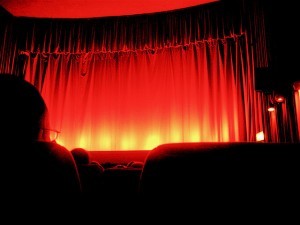 Given that we live in an overpriced sticky-carpeted mega-multiplex age of cinemagoing, it's always encouraging to see London's repertory cinemas in such a robust state.  Celebrating the best in film-for-film-lovers is Scala Forever, a mammoth collaboration of some of the most acclaimed rep cinemas of the capital in tribute to one of their fallen comrades.

The Scala is gone but SE1's Roxy Bar and Screen, one of the loveliest indie cinemas around, is organising three months of screenings in acknowledgement of the sterling history of the place, and the legacy it left. Some of London's most cherished film venues are participating, from established stalwarts like the ICA and the Dalston Rio, as well as summer pop-up screens like the Nomad and Floating Cinema.  And the range of films is tremendous, with 65 screenings spanning the breadth of popular film, from the classical Hollywood class of The African Queen to the shamelessly and hilariously indulgent Zombie Flesh Eaters.

Scala Forever has a tantalising programme of movies from the people who know best how to organise one, and film lovers will have trouble resisting the variety of choices.  The season begins on the 13th August; rather appropriately, the closing night will be a screening of the no-longer-banned A Clockwork Orange.

Photo by Chutney Bannister via the Londonist Flickrpool.