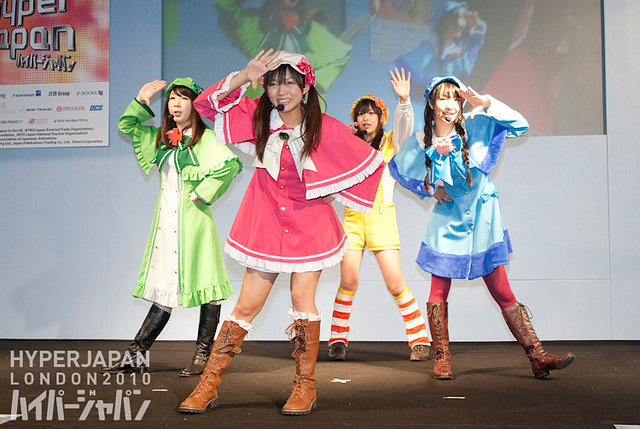 Japanophiles, rejoice: next weekend is an all-out three-day celebration of Japan. Gorge yourself on sushi, ramen and toothsome sweets, stock up on manga, films and t-shirts and just generally sink, blissfully, into contemporary Japanese culture.

Specifics? Oh, alright. There's a sushi making workshop with chef Atsuko Ikeda which you should probably book ahead for (£5 / £7) - only six per class and nine classes total. If eating rather than making sushi is your thing, get a ticket that includes entry to the sushi awards, where the crowd judges the best recipes from five top chefs. Comedy duo JaruJaru perform on Friday morning, cosplay and robot shows are scattered throughout the weekend, there're all sorts of talks (manga, sake, food) plus a Maid Cafe for a little taste of Akiba.

Victims of March's tsunami are not forgotten. A third of sponsorship cash and 10% of net ticket sales are going to the Japan Society Earthquake Relief Fund, and you can enter a charity raffle by buying a sakura brooch for £2. A photography exhibition lays bare the experience of people in Shichigahama, Miyagi prefecture, where this happened:

Hyper Japan runs 22nd - 24th July at Olympia Two. Tickets cost £12 for one day, £20 for one day + sushi awards or £25 for all three days. Londonist will be attending this event on a press ticket.