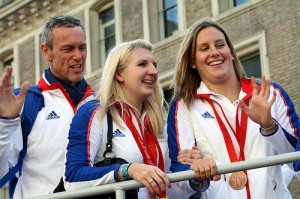 With all that has gone on over the past few weeks, it is probably the least of Rupert Murdoch's worries, but it is significant that the British Olympic Team have torn up their partnership contract with News International.

The company's former Chief Executive Rebekah Brooks had previously heralded the deal as a "unique partnership", but the closure of the News Of The World means that the Murdoch empire is no longer able to meet its contractual obligations, and Team GB can end the agreement without facing any penalties.

Previously, News International titles had been able to use the "Official Newspaper of Team 2012" moniker, and had special access arrangements for interviews with team athletes. The Team is now said to be "exploring media partnerships across a range of channels."

Picture by Richard Parmiter via the Londonist flickr pool.