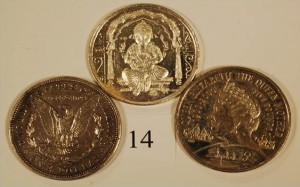 Lewisham and Camden police are using Flickr to try to reunite stolen goods with their owners. A set featuring photos of watches and jewellery went online yesterday, after Lewisham burglary squad recovered at least 50 items that they suspect were stolen.

Camden police have over 2,000 photos of power tools they're trying to match up with their owners and have had over 5,000 views since going live earlier this month.

Obviously if you think you spot something that's yours, you'll need to provide some kind of proof. Each set has details about who to contact and information like dates the stuff was nicked on or before. Anything unclaimed will likely end up at an auction, but hopefully their rightful owners can be found before then.