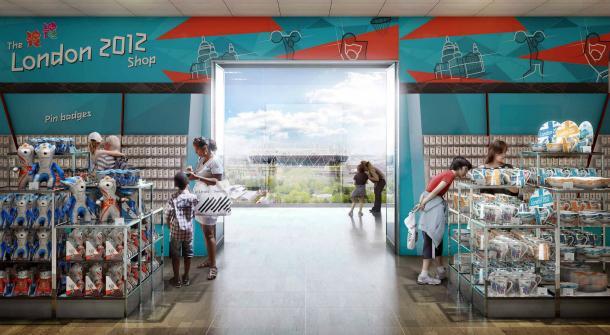 The official department store of the Olympic Games has revealed an image of the mega London 2012 merchandise shop that will be housed in their Stratford City location with cracking views to the Olympic Stadium.

It's enough to make you want to buy a Wenlock. But not quite enough to inspire the urge to part with £1,575 for a 22-carat gold commemorative £5 coin.

John Lewis Stratford City is due to open on 13 September 2011.