Vote For Your Favourite London Busker 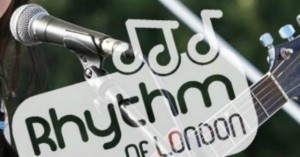 Does the idea of busking on London's underground conjure up the depressing wail of a ubiquitous Bob Dylan classic wafting on the subway breeze? No longer. The Rhythm of London Busking Underground competition, now in its second year, showcases a more eclectic, hopefully more talented genre and – by voting for your favourite of the long list of 70 candidates for the live Busk-Off final to be held in July – you can decide if they've succeeded.

From The Boy and the Tree's soulful guitar rendering of a Buena Vista Social Club favourite at the bottom of the escalators at Waterloo, to Handel's Sonata in G on a recorder at Bank, there is plenty to choose from.

Once the public vote closes on 19 June, a City Hall-appointed 'panel of expert industry judges' will meet to finalise the top ten performers , who will be joined by the act with the highest number of public votes. The 11 finalists will perform to a public audience and the judges on Saturday 30 July on the main outdoor music stage at the  Vintage Festival at the Southbank Centre.

During April, the competition, organised by the Mayor of London 'to celebrate our brilliant busking tradition', gave 16 to 25-year-olds the chance to upload videos of their best busking piece and perform at their chosen pitch in front of judges. Prizes for the finalists include a one-year TfL busking licence, a course at the Academy of Contemporary Music and studio recording time.

London has more than 400 buskers, but what was once a semi-illegal activity with the constant risk of being moved on, has since 2003 been licensed, allowing a wide range of talented musicians, young and old, to brighten up your commute to work.