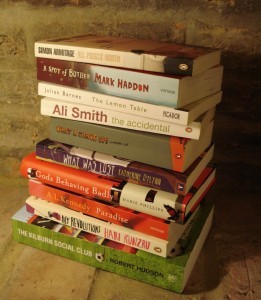 AC Fume, Musa Okwonga and the Spring Poets are mixing it up for Jawdance at Rich Mix (7.30pm, free).

The winners of the Eric Gregory Award for poets under 30, will be reading at the Betsey Trotwood from 8pm (£5).

Discover the Women's Library's zine collection - going back to the 70s - in a guided tour (7pm, free but book to reserve a place).

Nathan Penlington (whose show Uri and Me we very much like) and Dan Simpson, fresh from Literary Death Match, join the regulars at Bang Said the Gun (8pm, £5).

John Constable performs poems and songs from The Southwark Mysteries and talks about Secret Bankside at Woolfson & Tay (7pm, £5 / £3).

Paul Chandler, John Smallshaw, Gary Groves and Wilfredo spend the evening with a shy yeti and other animals, at the Poetry Cafe (8pm).

Order your own poem from the Poetry Takeaway, rocking up at Stoke Newington International Airport this afternoon and evening, or enjoy some Shakespeare Pick n Mix from 7.30pm.

Stewart Lee talks about his book, How I Escaped My Certain Fate, with Michael Rosen at Stratford Circus (6pm, £6).

Simon Armitage, Colette Bryce, Heather Phillipson, Chris Riddell, Nick Hayes and Philippa Johnson are some of the poets and illustrators at Kings Place, exploring the relationship between the two art forms (7pm, £9.50).

Tuesday: Brian Aldiss, John Clute, Michael Moorcock and Norman Spinrad are at the British Library, talking about their work (6.30pm, £7.50 / £5).

Follow @LondonistLit for our pick of that day’s literary events