But this anniversary doesn't even push Mamma Mia! into the top 10 of London's longest-running theatre productions. They've got seven ABBA-filled months to go before they make the list below... 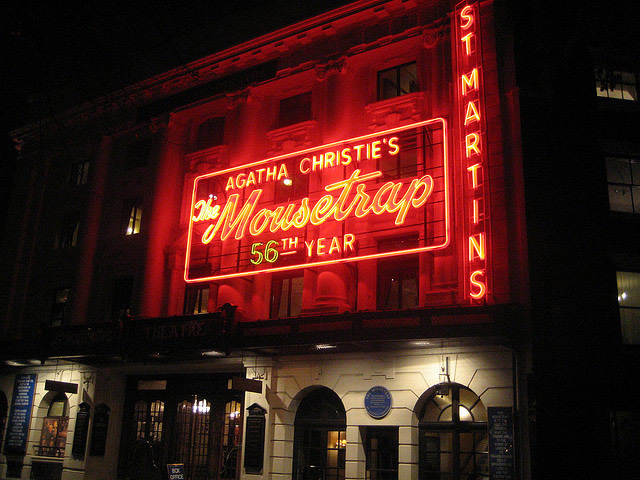 1.    The Mousetrap – 59th Year
The Archers of West End theatre, Agatha Cristie's The Mousetrap has been running for so long, we're pretty sure no one's ever going to catch up. We'd tell you more about this spooky whodunit, but we've made the traditional pact with the actor playing the detective that we wouldn't ever reveal the plot. Our advice is to combine a trip to this odd theatrical relic with afternoon tea somewhere like Claridges and a spot of shopping at Burlington Arcade to really enjoy that "bits of London where time stands still" feeling. 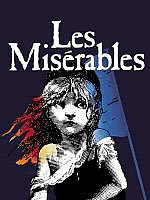 A classic case of the critics getting it wrong, Les Mis was widely panned when it opened. But over the decades, this opera-musical based on Victor Hugo's novel with French tunes (by Claude-Michel Schönberg) and English lyrics (by Herbert Kretzmer) continues to make us weep at its incredible story / songs / pure showmanship every time we see it.

3.    The Phantom of the Opera – 25th Year
The first of three Andrew Lloyd Webber shows in the top 10, The Phantom of the Opera stands out as the one that's still going. It also stands out because it's the longest running musical ever on Broadway, and, having grossed more than £3.5 billion worldwide, is arguably the world's most financially successful single entertainment project to date. Say what you like about The Lord, there must be something magical about a show that makes that kind of money.

4.    Blood Brothers – 22nd Year
Willy Russell's 1981 nature vs nurture musical Blood Brothers was only a modest success before it hit the West End. Once established at the Lyric Theatre in 1983, it won the Olivier Award for Best New Musical and another Olivier for Barbara Dickson's performance as Mrs Johnstone. The current show, which enters its 23rd year on the West End in July, opened way back in 1988. 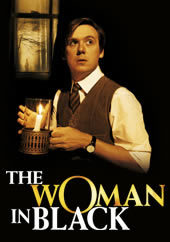 The second longest running play (not musical) of all time on London's stage is The Woman in Black. A chilling two-hander, featuring a play within a play, The Woman in Black continues to pull in punters who like a shocking, effect-driven Victorian thriller, or are studying the show for GCSE Drama...

6.    Cats – Closed on its 21 Anniversary
Andrew Lloyd Webber's 1981 musical Cats is based on a whimsical poetry collection by T S Eliot called Old Possum's Book of Practical Cats. Like Les Mis and Starlight Express, it was initially directed by Trevor Nunn. It won two Olivier Awards the year it opened, one for Best New Musical and another for choreographer Gillian Lynne. But did you know Judi Dench was due to play Grizabella, the part made famous by Elaine Paige (and the song Memory) but snapped a tendon during rehearsals and had to pull out? 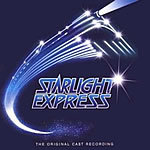 The greatest West End musical of all time* Starlight Express had it all. It rocked, rolled (literally), rapped, raced; it featured electronica, blues, country and western, pop, disco and gospel; it searched for The Starlight, whatever that was, and made us want to find it too. It was massive, mesmerising, mindblowing. There were rollerskates. And the badges were brilliant.

8.    No Sex Please, We're British – 16 Years
Ah, farce. Brilliantly, the British comedy caper No Sex Please, We're British about an assistant bank manager ran for 16 years in the West End, from 3 June 1971 to 16 January 1987. On Broadway, it managed just 16 performances. Perhaps because they weren't lucky enough to have a pre-Frank Spencer Michael Crawford taking the lead role. 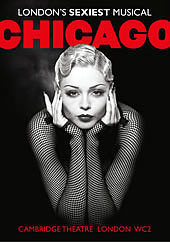 For a 70s musical, set in Prohibition-era Chicago, based on real murder cases from 1924, Chicago is a surprisingly timeless show. The winning combo of Kander and Ebb's music and lyrics and Bob Fosse's choreography, plus a steady stream of soap stars and celebs happy to take starring roles, means audiences have been eagerly stepping up to enjoy all that jazz since the London revival opened in 1997.

10.    Buddy – The Buddy Holly Story – 12 Years 7 Months
Buddy opened in 1989 at the Victoria Palace Theatre. It was conceived by Londoner Laurie Mansfield, and supported by none other than Paul McCartney. One of the first "jukebox musicals" in the West End, we've got Buddy's success to thank for shows like Million Dollar Quartet, Jersey Boys, Never Forget and Thriller – Live.

* we'd love to hear from you if you disagree!

Top photo of The Mousetrap by AndyRob.