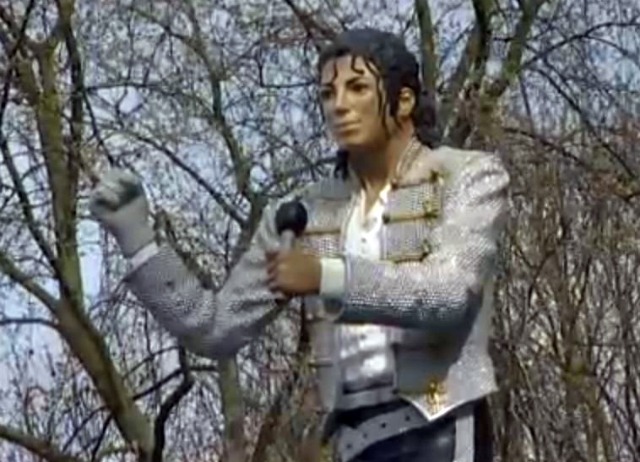 What some will view as London's most ridiculous statue was unveiled by Fulham FC Chairman Mohammed Al Fayed over the weekend. The full-size likeness of Michael Jackson sits like a tacky bauble outside Craven Cottage, a ground the late singer visited on just one occasion.

Al Fayed originally commissioned the gaudy facsimile for his Harrod's store. But then he sold the Knightsbridge emporium, fating Jacko to a pedestal outside Craven Cottage.