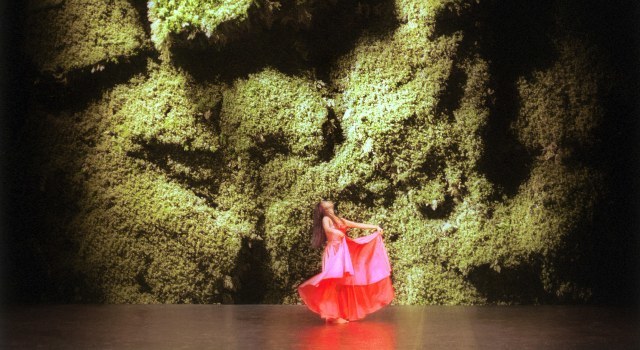 The Cultural Olympiad has been going since 2008, bringing people to the arts and arts to the people in a four year run-up to the Olympics. All sorts has come out of it, including Bus-Tops for London but the best is being saved for last with the announcement of Tanztheater Wuppertal Pina Bausch: World Cities 2012 coming to London in the last few Olympics-free weeks before the opening of the Games.

Tanztheater Wuppertal Pina Bausch: World Cities 2012 is all 10 international co-productions made by the company, presented in a month of performances, seven of which will be world premieres. Starting in 1986, the late Pina Bausch and her dance company accepted invitations to visit specific cities around the world. After living in the cities and absorbing new cultures and traditions, the company would return to Wuppertal to make their new works.

This unprecedented programme of continuous Pina Bausch works is a big, big deal for the dance world, and for London. Don’t just expect dancers performing on a stage, this company is known for it’s intricate sets, fascinating use of props and inspired musical choices. It's also the first ever collaboration between Sadlers Wells and the Barbican Centre, two great pillars of integrity in the dance world; six of the ten productions will be at Sadlers Wells, four at the Barbican Centre. Set to be one of the highlights in the Cultural Olympiad calendar, tickets will be snapped up quickly – tickets for both venues go on sale on Monday 9th May. Pick a Tanztheater Wuppertal Pina Bausch city you want to see on stage, start queueing now.

Tanztheater Wuppertal Pina Bausch: World Cities 2012 at Sadlers Wells and the Barbican Centre, 6 June to 9 July 2012. tickets for both venues go on sale on Monday 9th May 2011.