Preview: The King And The Minotaur

By Ruth Last edited 137 months ago
Ruth Preview: The King And The Minotaur 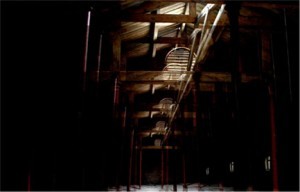 If you're feeling brokenhearted about the upcoming closure of Shunt later this month, then take solace in the next generation of underground artistic events, appearing in April in the form of a labyrinthine gallery woven through an urban brewer's barn dating from the 1850s, which would be otherwise closed off to the public.

The space has been transformed and curated by Wignall and Moore, young bucks with a provenance of Thomas Hetherwick Studio and the Royal College of Art, who seek to transform London’s more spectacular vacant spaces, allowing reuse and reconnection between people and architecture. For The King and the Minotaur, they promise art, music, contemporary dance, film and sculpture, as well an the intriguingly titled "liquid room" - although you might more commonly know it as a cocktail bar.

Crests (tickets) are available from the website or at the gates to the labyrinth (on the door) for £6 (£6 - no Dad jokes please). If you're feeling impatient or Theseusian, you can follow the minotaur into the labyrinth via Twitter in the meantime.

Appropriately for an event which centres around stumbling blindly about in the dark, it's situated near Mornington Crescent station. Open Thursday/Friday/Saturday from 8th - 30th April, 7pm until 12am (1am on Saturdays).