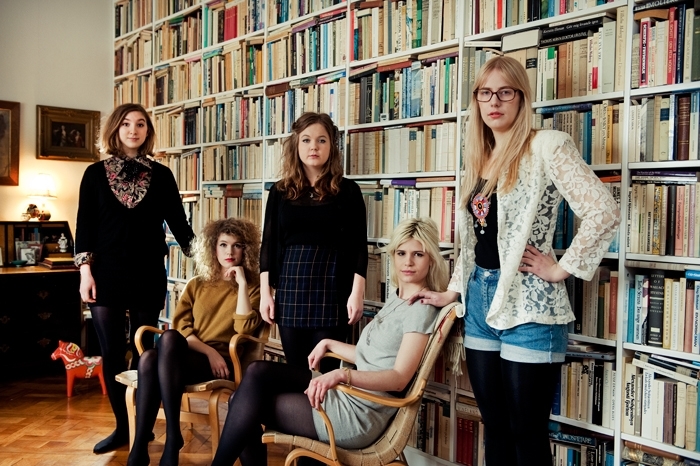 Everyone in the crowd at Heaven last Monday seemed to be under a different impression about what the gig's theme was supposed to be. Was it a Wichita Records showcase, a NME Awards show or Frankie & the Heartstrings' album launch party? The promoters had clearly ticked every possible box to try and fill what the headliners admitted was by far the biggest venue they'd ever played, but it must have helped that they had Those Dancing Days, one of Sweden's most exciting emerging acts, in the support slot.

The Swedish indie scene has a strong cult following in the UK, but girlband Those Dancing Days are one of the few who have made a mark outside of that realm. They may not be in their rightful place on the Radio 1 A-List just yet, but their natural coolness and charismatic performances have won them enough repute that their forthcoming second album is attracting a fair bit of buzz. The girls played a selection of these new tracks alongside some of the stand-outs from their 2008 debut at their Heaven gig last week.

Those Dancing Days' music has a mixture of fun and coolness, which seems to reflect the personalities of the girls themselves. You immediately want to be part of their gang, and you get the feeling they'd be happy for you to join too. They're the perfect balance of enviable and attainable, just as their music manages to be accessible but still messy, dirty and heavy enough to get the indie kids’ seal of approval.

The new music isn’t as catchy as their previous hits, but after they created an unbeatable piece of absolute pop perfection with their breakthrough single Hitten (which fittingly translates as ‘The Hit’) it makes sense for them to move in a more mature direction. The infectious on-stage energy remains, but their impressive musicianship and lead singer Linnea’s emotive vocals created resonating moments within their show which indicate what a special group they are quickly becoming. They may have found fame at a young age, but Those Dancing Days are definitely not going to become the Swedish indie version of Hanson or S Club 8. They’re only at the beginning of a long career to come.

Those Dancing Days next play London on May 8 with a Bird on the Wire show at XOYO. Tickets £9.