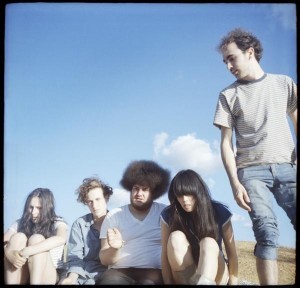 Fast-rising grunge revivalists Yuck bring their scuzzy rock to the lush surroundings of Bush Hall in Shepherds Bush on 18 February.

Formed from the ashes of Cajun Dance Party, their sound is heavily influenced by Dinosaur Jr. with a dollop of early Teenage Fanclub thrown in.

They’ve been around for little more than a year, and the buzz is steadily building. The past year has seen a handful of hugely promising singles, including the uplifting shoegazey 'Georgia' and the epic 'Rubber', and they’ve bagged some impressive support slots along the way, including Modest Mouse and Dinosaur Jr. themselves.

All of this has us excited about their debut album, due in February. This will surely be one of the last chances to see Yuck in such an intimate venue.  The show is part of the NME Awards season, and support comes in the shape of lo-fi indie pop from the heavily tipped New York duo Cults.